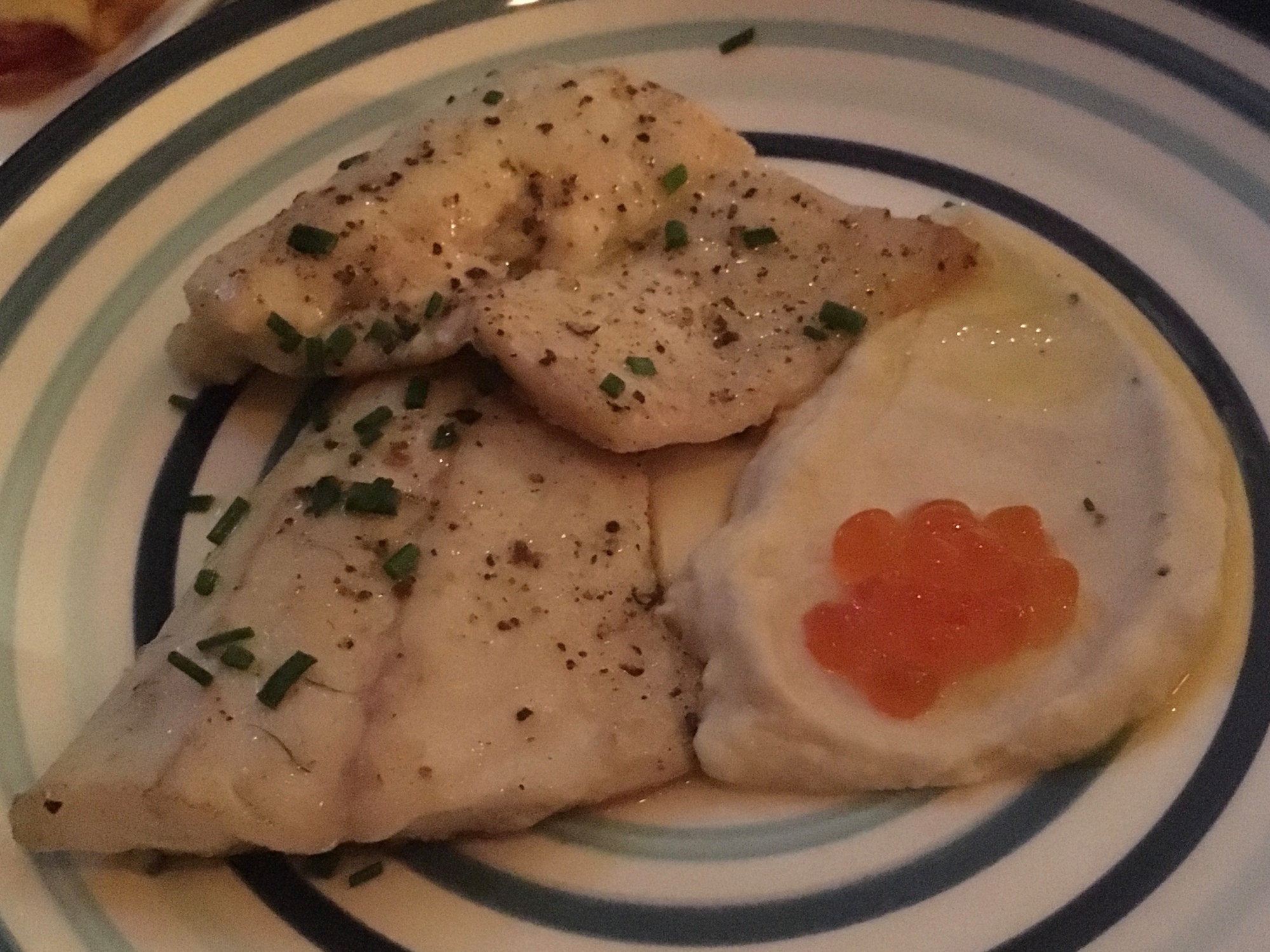 Another date night. We were pretty late in deciding to go out for dinner on the Saturday, so I spent an hour late on Friday evening trying to find where had a table available on Saturday in the west end of Glasgow. I ended up checking opentable.co.uk after several failed calls to places and booked a table at Cubatas Tapas Bar in Finnieston. We got a deal at the time of booking for 3 tapas, a small glass house wine and a desert for £16.95. Bargain!

He was driving so we drove along looking for the place and were surprised to find it a little out of the way from the main buzz of Finnieston totally on its own. Not really somewhere you would stumble upon. It wasn’t much to look at from the outside but on the inside I was really impressed. Very modern brick exposed walls and lighting but still managing to seem warm and homely with a hint of Spain. We were also treated to some live music. The staff were very accommodating when he decided he wanted a different table as he thought it would be too close to the music for us to hear each other talk. Fair point, I guess. We had a drink at the bar while we waited for the table, I had a large glass of Tempranillo and he had a lager.

My main complaint is that there were too many things on the menu that I wanted to try. We did try to go with the deal but I kept picking everything that required a supplement. Basically you had to pay £2 extra for any of the chefs specials. I ordered two of these, the pig cheeks in red wine and port and the seabass with cauliflower puree and salmon roe. My last dish was the breaded chicken with nachos and three different sauces. He ordered the grilled peppers with cheese and basil, the chickpea spinach and cod stew, and lastly the chilli prawns. He also got a side of bread (Should have been £2.50 but they charged us for £5 for two, I will put it down to a misunderstanding). We shared the lot between us. 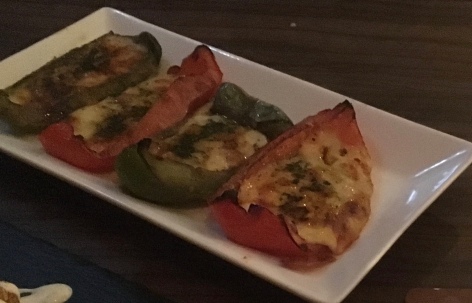 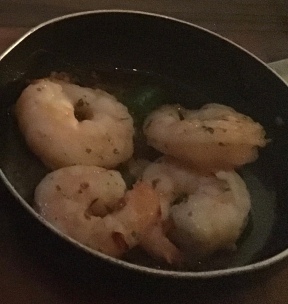 The chilli prawns were cooked nicely, not chewy and, well, were chilli prawns. Which I love, but are pretty standard. The peppers with cheese I wasn’t expecting much from but were actually delicious with their thick layer of grilled cheese and basil covering the pepper. The breaded chicken with three sauces was also good. I mean, fried chicken, whats not to like. The sauces were, if I remember right; mustard, bbq and garlic. I don’t know why the word nacho is related to them on the menu though. I even googled the definition to see if I was missing something. The pigs cheeks were very nice but I was a little disappointed that the sauce wasn’t richer given that it was red wine and port. It really didn’t taste like a red wine and port sauce to me. But it was nice all the same. The seabass and cauliflower puree with the salmon roe was lovely and delicate and beautifully cooked. The problem with this though was, when eaten in line with all these other flavour packed tapas, it was a little too delicate to stand up to the other things on the menu. I think this would have been wonderful as a stand alone main rather than tapas. The chickpea, spinach and cod stew was the real star here. Took both of us by surprise. It was absolutely stunning. Really delicious. Full of flavour and could have eaten another couple of bowls of it. As he was driving he only had water and I had a glass of the house red as my wine in the offer.

For pudding I went for the cake which was again another £2 supplement as there was only ice-cream or coffee included and he went for the coffee. We shared the cake though which was a cookies and cream type affair which was light and tasty to end the meal.

The whole lot came to £55.20. So not really the cheap night out we had anticipated, largely as I kept ordering things with supplements and also his costly £5 for a few slices of bread which I really don’t think could have been two portions worth (as it is a tapas menu item) and I probably would have argued it had I noticed it on the bill at the time. Oh well. Other than that I have to say I did like this place. I would like to go back and try some of their more standard tapas items so I can compare it more directly to other places, including Spain.