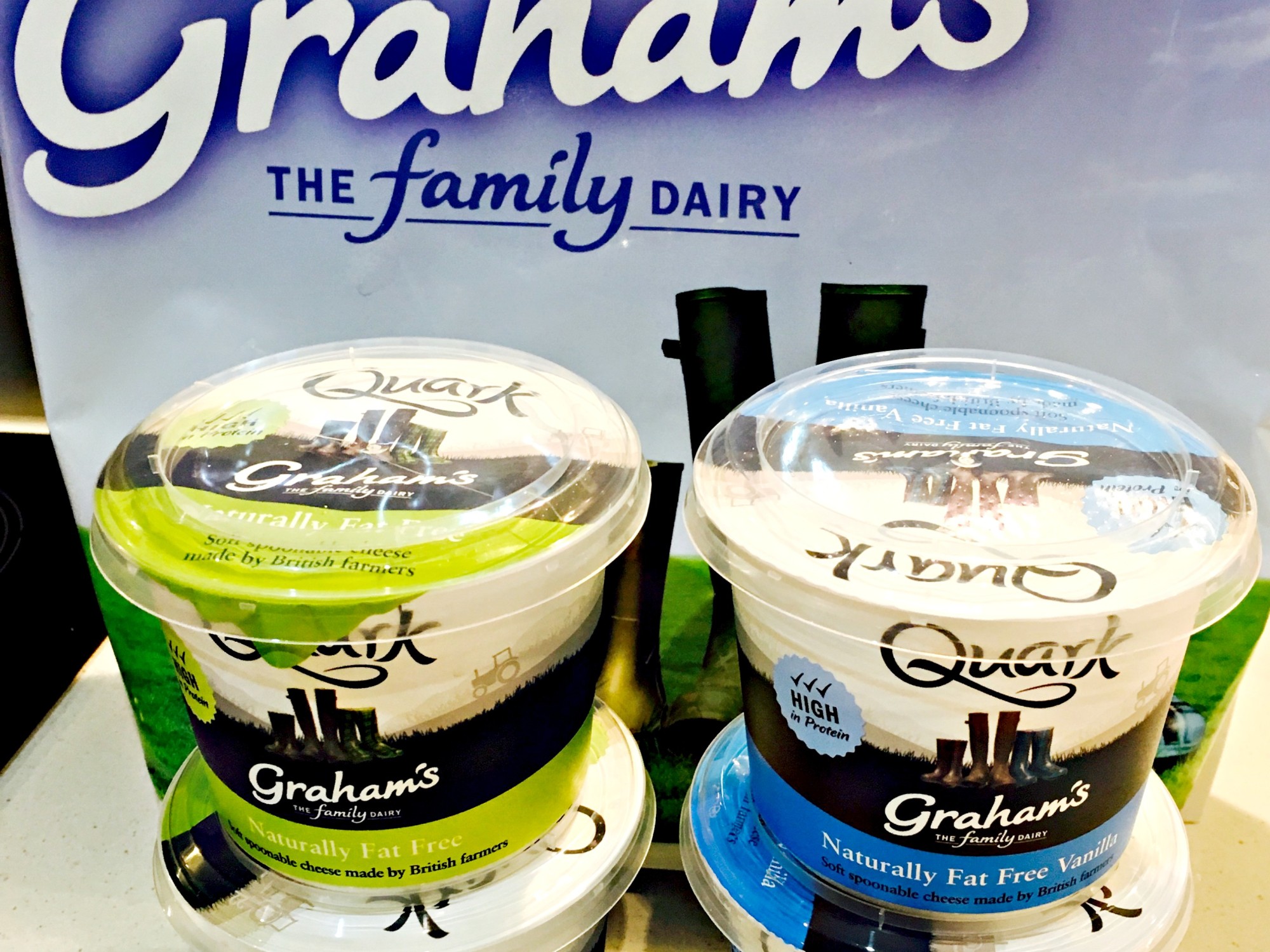 So the first thing I need to say is that I am so sorry I haven’t written anything in a while. I have had a crazy time with the day job. A little while back I was sent some Quark by the lovely people over at The Graham’s family dairy. They are based in Stirlingshire and have been farming there for three generations now. It is a new product for this family run Scottish farm, whose products you will no doubt have seen in your local supermarket. Quark is something you might not have used before. It is basically like a soft cheese and can come in a variety of consistencies in different countries or from different makers. The Graham’s version has the consistency of a thick yogurt. Theirs also has the bonus of being naturally virtually fat free (0.1g of fat per 100g in their Natural Quark) and high in protein (12.g per 100g). They were generous enough to give me two tubs of their “natural” unflavoured version and two tubs of their vanilla version.

I decided to try making a few recipes with the goodies but firstly I wanted to try the vanilla quark as a yogurt substitute in my standard work day breakfast (see my Quinoa berry breakfast entry for the recipe http://wp.me/p6FVAd-iH ) of chocolaty quinoa, and fresh berries. Unfortunately for the review it was so nice that I ate both tubs over the next few days in my breakfast. My one complaint being I wish I had more of it. It was rich, thick, creamy with a nice sweet vanilla taste. It had only slightly more calories than my normal low fat yogurt but tasted so much more naughty! So… I didn’t manage to come up with any more pudding recipes for you. Although I imagine it to be incredibly versatile as a replacement for cream cheese, cream or yogurt. I did go to the supermarket to get some more (the website lists Asda, Tesco and Sainsbury’s as stockists) but my local supermarket is a smaller Sainsbury’s (it is loads bigger than a “local” but smaller than your usual store) and doesn’t stock either version and larger stores are a bit of a drive away. But I will be sure to get some more as soon as I do find some, as it would definitely replace my yogurt and I do want to have a go at making some other things with it.

So I was left with making some things with the standard natural version. I decided to adapt two of my staple dishes and make them totally fat free to see what they were like. Chicken and asparagus risotto and another chicken dish, a thai style chicken curry. 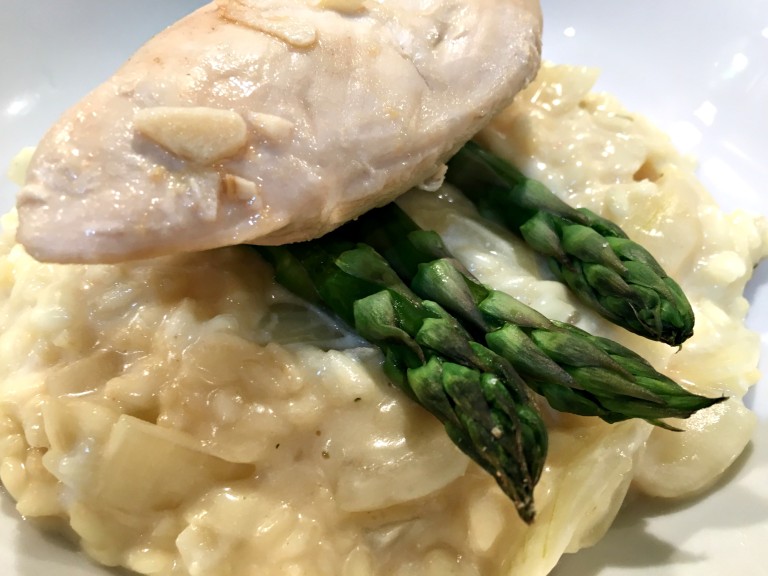 When I normally make risotto there is quite a bit of fat in it, so this was a challenge to make with no oil at the start or butter and cream at the end.

130g arborio rice (can use any risotto rice)

For my usual chicken risotto recipe, I fry off the chicken with some lemon oil but this is the low fat version as the chicken was done en papillote, which is basically “cook in a bag”. You can either do this with cooking parchment (traditional) or like I did with foil. 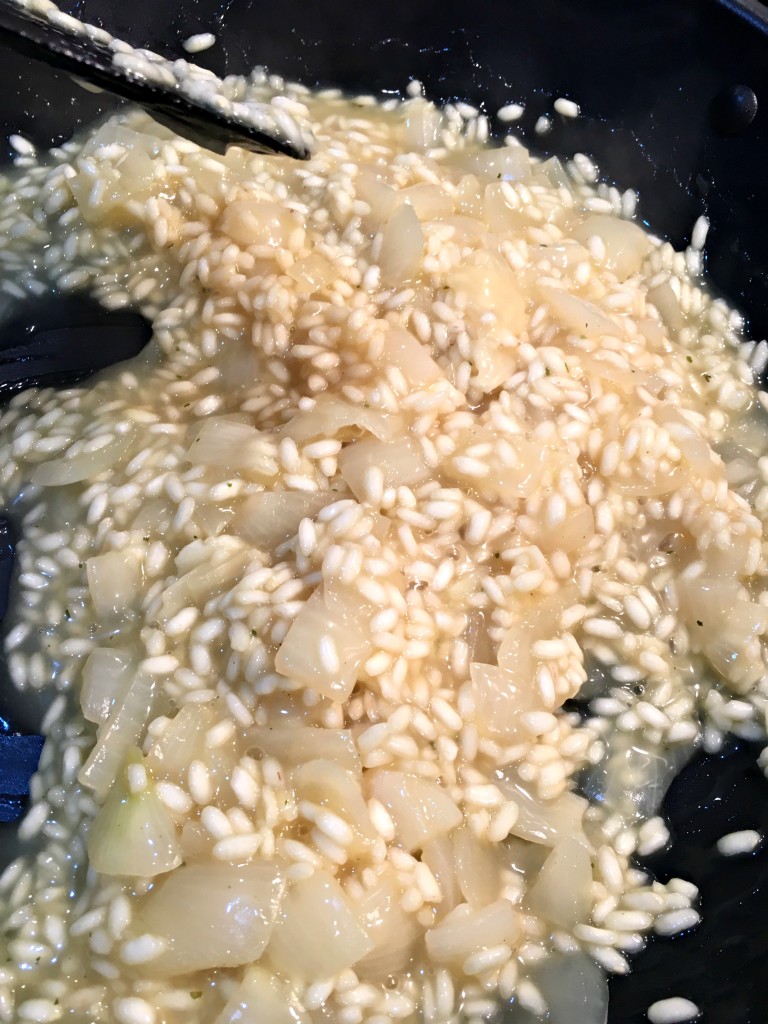 In summary this wasn’t quite as indulgent as a more fat filled risotto but it was certainly tasty and better for you and your family for a weekday dinner. It was creamy in spite of being fat free although there was a slight graininess to the sauce in comparison to using cream. 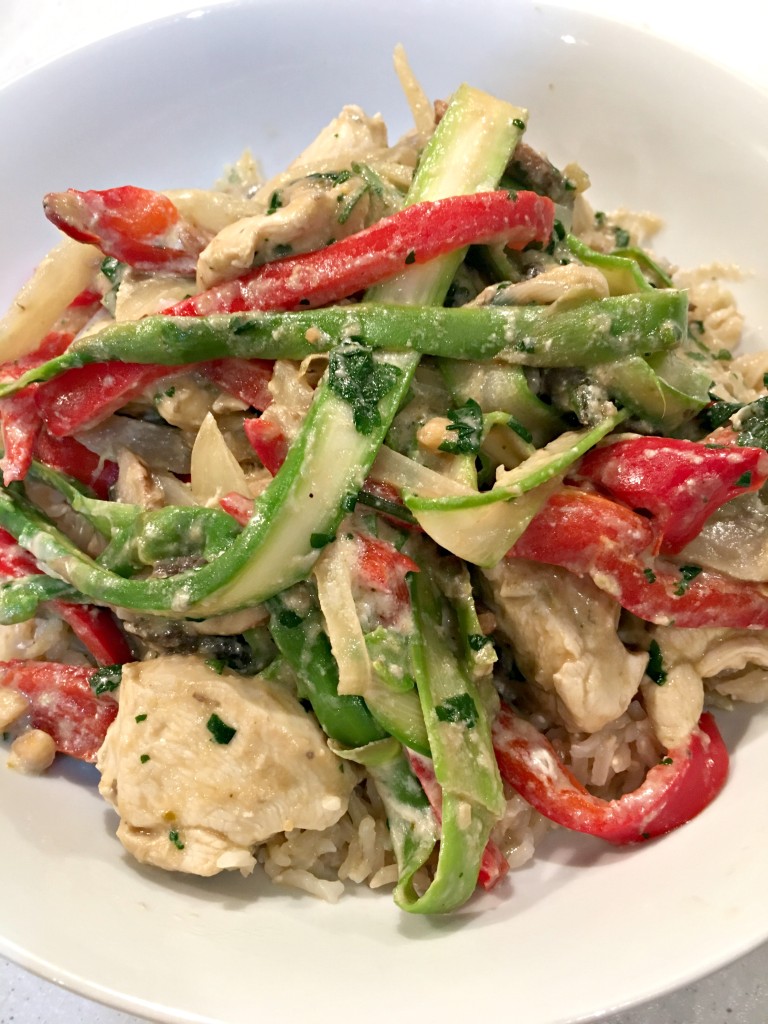 This one isn’t totally fat free as I use a teaspoon of chunky peanut butter but you can leave it out to make it that little bit lower fat.  This is a recipe for 1, a sad, lonely, I-got-in-from-work-late dinner. But you can easily multiply up the portions for more people.

1tsp thai green curry paste (either bought or make your own)

3 sprigs of asparagus, I thinly slice this with a vegetable peeler, a trick from Jamie Oliver in one of his thai curry recipes.

You could use different veggies e.g substituting the asparagus for mange tout or adding spring onion. For a thai curry paste recipe, there are loads online but I tend to make batches using this one http://www.jamieoliver.com/recipes/chicken-recipes/thai-green-chicken-curry/#J2U5sT671ybfyQwS.97 or get a jar from the shop if I’m feeling particularly lazy. 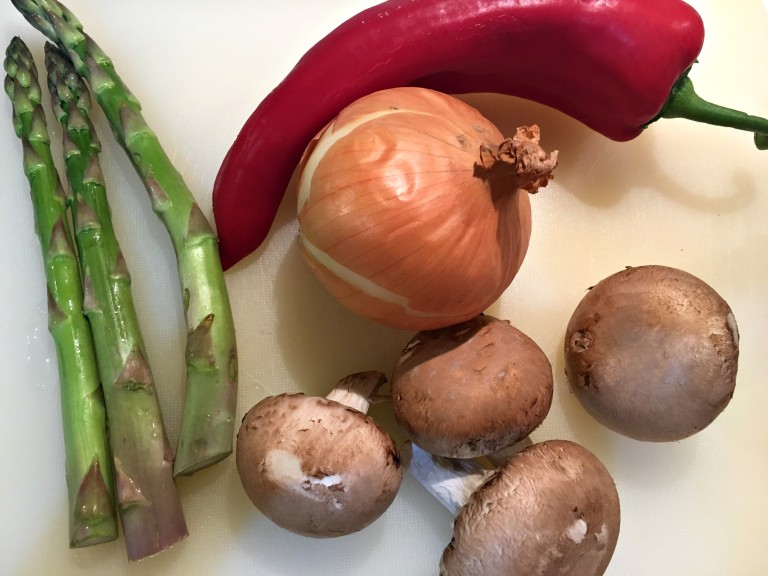 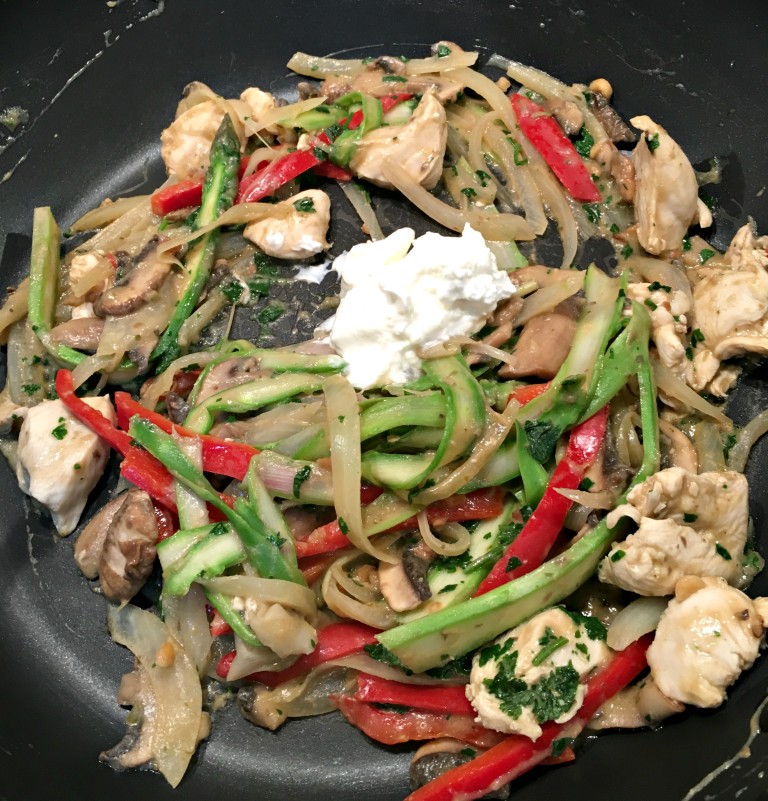 Again not as indulgent as with oil and some coconut milk but much less fattening, the quark still had a little graininess to it but it was tasty and satisfying for a low fat dinner.

Would love to know what you all think of them and I will try some puddings once I get my hands on some more vanilla quark!