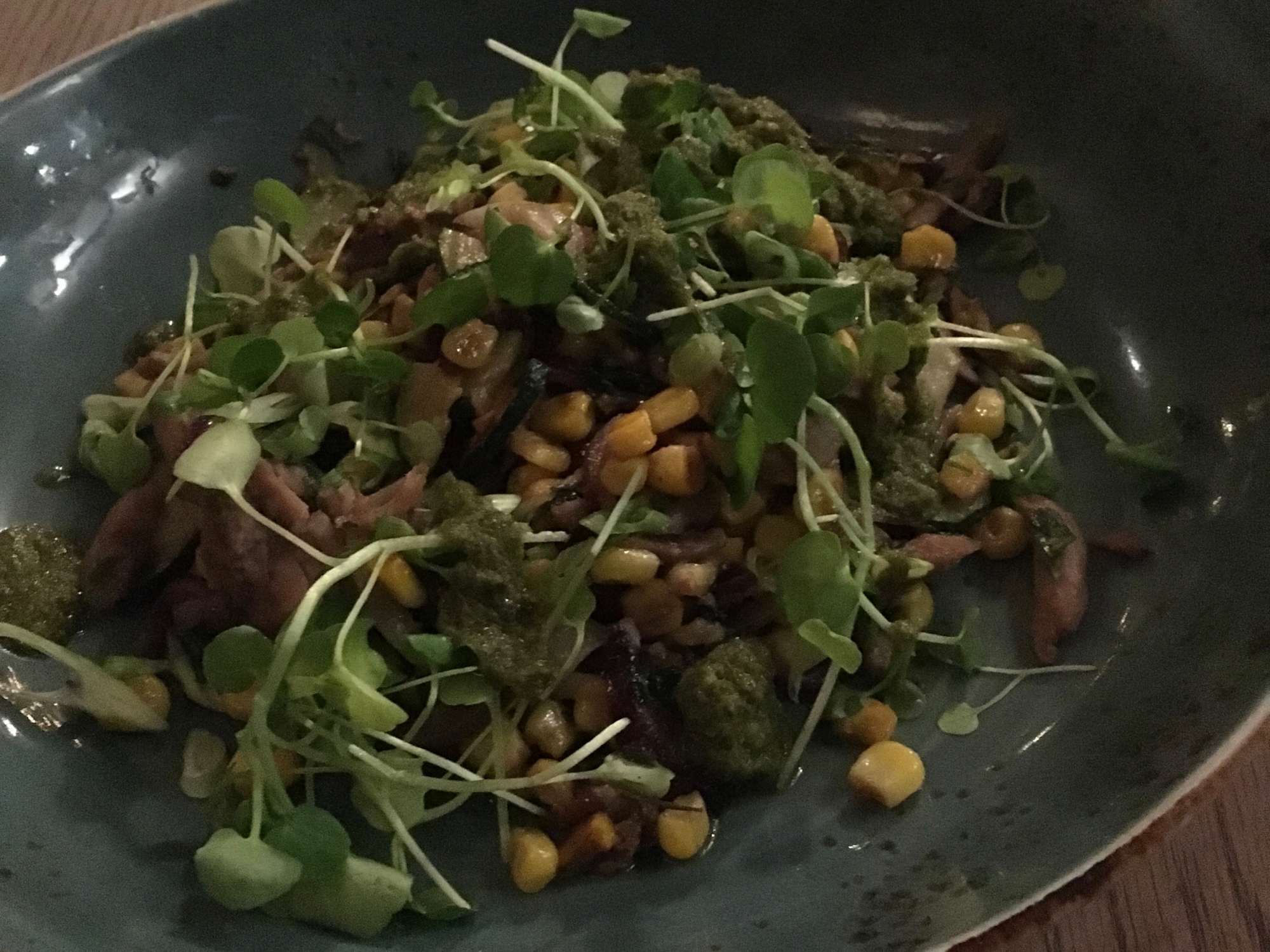 Another place I have been to a few times before but always for dinner and in the main restaurant downstairs. This time I went for lunch with Liz and her little one, now 9 months old, and the dog. We were met later by Fi who also got some food.

We were up in the main bar area which was where we were allowed to be with the baby. I have to say I was really surprised that they allowed the dog in this place as I have always thought it too, erm, upmarket. I’m not sure he would be allowed in the downstairs area though.

It was a little chilly with it being  November in Glasgow and they kept propping open the main doors. I was freezing and I did worry a little about the baby with the cold.

I ordered the veggie haggis, neeps and tatties (£5.25) starter size for Liz as she had never had haggis before. There was no way with her almost veggie eating habits she was going to try the proper stuff but I wanted to try and push her a little. I forgot to add the whisky sauce (£1.80). But she tried a bit. She thought it was ok, but I’m not sure if she was just being polite. I did however think it was lovely but was a bit in want of the sauce and I kind of think it should come with it, even if more expensive. Maybe there are lots of people that don’t like the whisky sauce and thats why they do it that way?? Fi and I finished what Liz left, I was just happy she tried a little.

For main I had the pheasant leg, sweetcorn and salsa verde salad (£10.95). It had a lovely balance of flavours and textures with the soft melt in your mouth pheasant and the crunchy salad and sweetcorn. There were a few sneaky sharp bones left in the shredded pheasant but other than that I can’t fault it.

Liz went for the veggie Nasi Goreng (£9.45) and I have to say that even though I have just said I couldn’t fault my dish, I did have a bit of a case of food envy. She was also really nervous about whether or not she would like it and she seemed to love it, and I didn’t get to try any. Massive win!

Fi went for the garam masala dahl (£9.45) which I also wanted to try some of. She was making all the right yum noises and it looked lovely.

Smeags also got some water and lots of fuss from the staff and various people that went by our table. Just a shame about the door. I will definitely be coming here again and it is one of my favourite places in the west end. I would highly recommend.